One month left to participate in the …

On the 6th and 7th of December 2018, a tailored workshop organized by representatives of the European Data Portal (EDP) took place in Prague, Czech Republic.

The workshop is a tailored support activity by EDP around Linked Open Data where public data representatives from various European countries were gathered for sharing and learning from each other's experiences.
The agenda of the workshop included an overview of current Linked Open Data solutions that are being used while discussing the technical as well as non-technical challenges for building a European capacity around this topic.

Dr. Wassim Derguech, the technical manager of Derilinx, and Eoin MacCuirc, the Head of Business Liaisons and Quality Assurance in Technology Division, National Statistics Office Ireland (CSO),  were invited to  give an overview and introduction to Linked Open Data in general and its application strategy in Ireland. 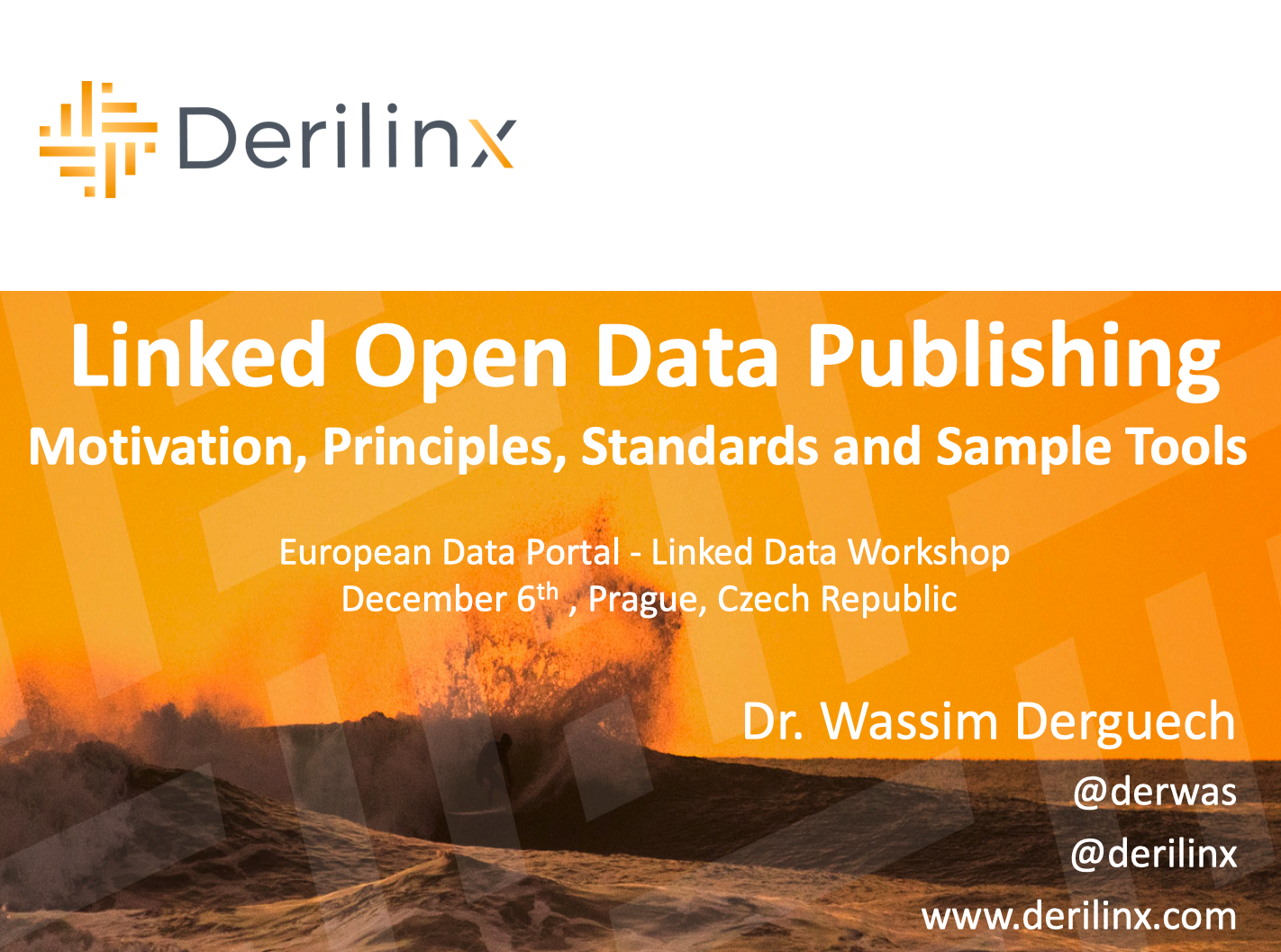 Wassim highlighted the benefit of adopting the W3C recommendation for publishing Data on the Web Best Practices (DWBP) by revisiting major best practices regarding metadata, use of persistent URIs for datasets and data items, etc. 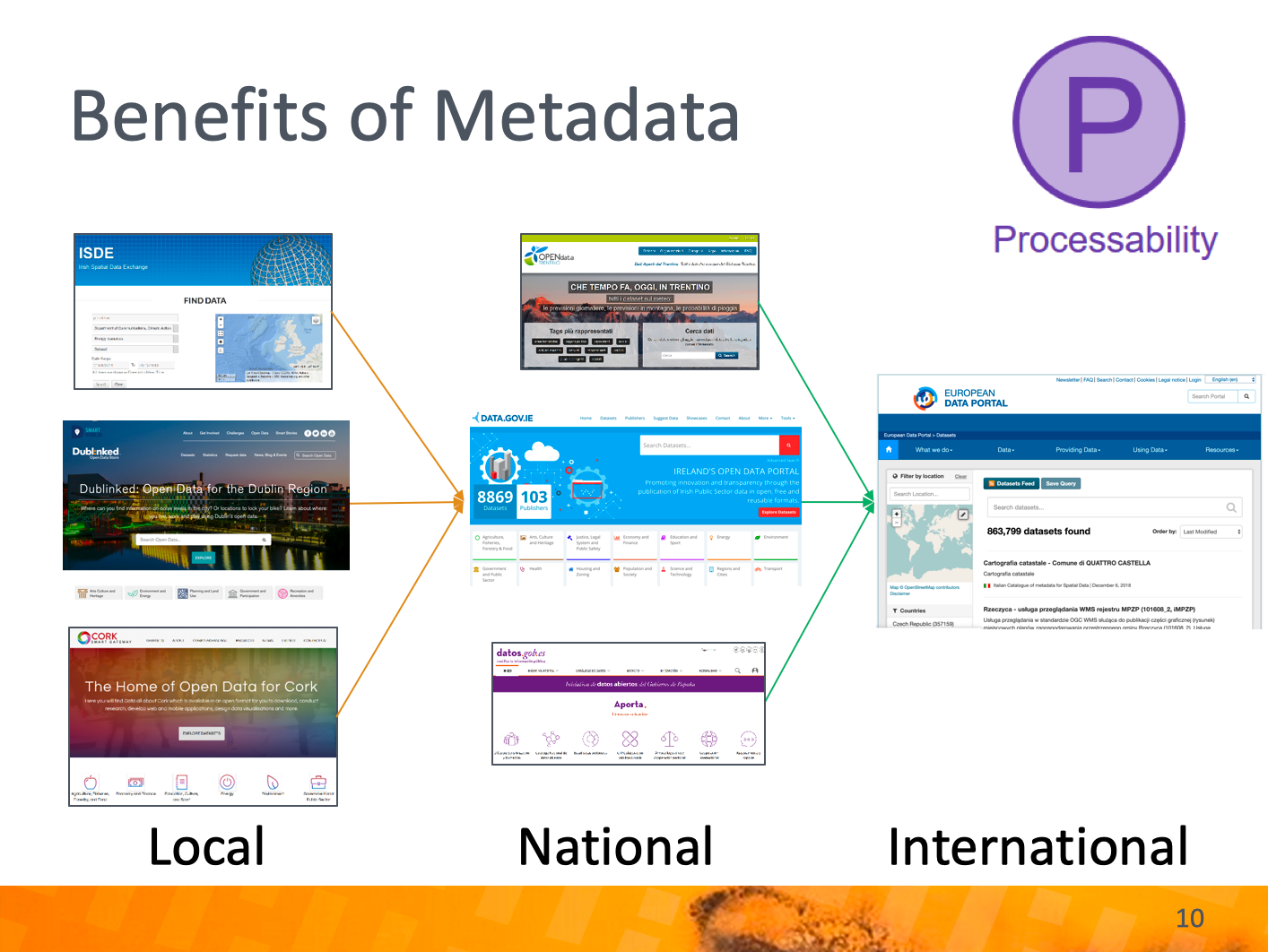 One of the best practices for publishing (Open) Data on the Web is the provision of data in multiple formats. Wassim reported on the Irish experience and recommended the provision of more formats aiming to increase the Openness Rating for more data interoperabilily.

The 5-star Openess Rating adopted by the Irish Open Data Portal as a metadata feature was presented and explained while focusing on the recommendation for publishers to have their data machine-readable and in an open format (3-star Open Data), e.g. CSV, JSON or XML. 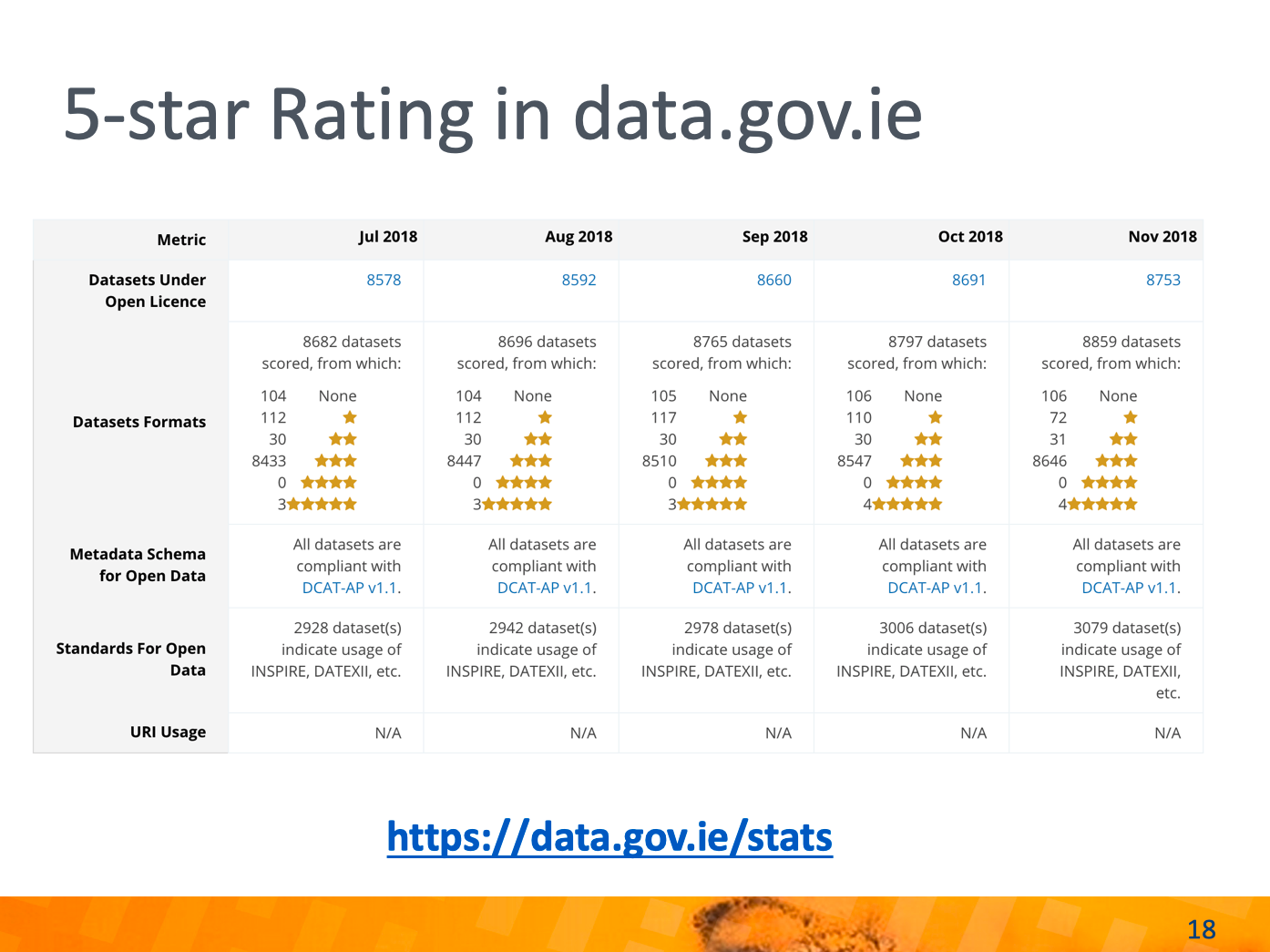 The talk finished with a tour of the tools and recommendations developed by Derilinx in collaboration with Insight Centre for Data Analytics (National University of Ireland, Galway) and ADAPT Centre (Trinity Colelge Dublin) in the context of a European project funding from the ESSnet LOS under Grant Agreement No 11101.2017.001-2017.66. 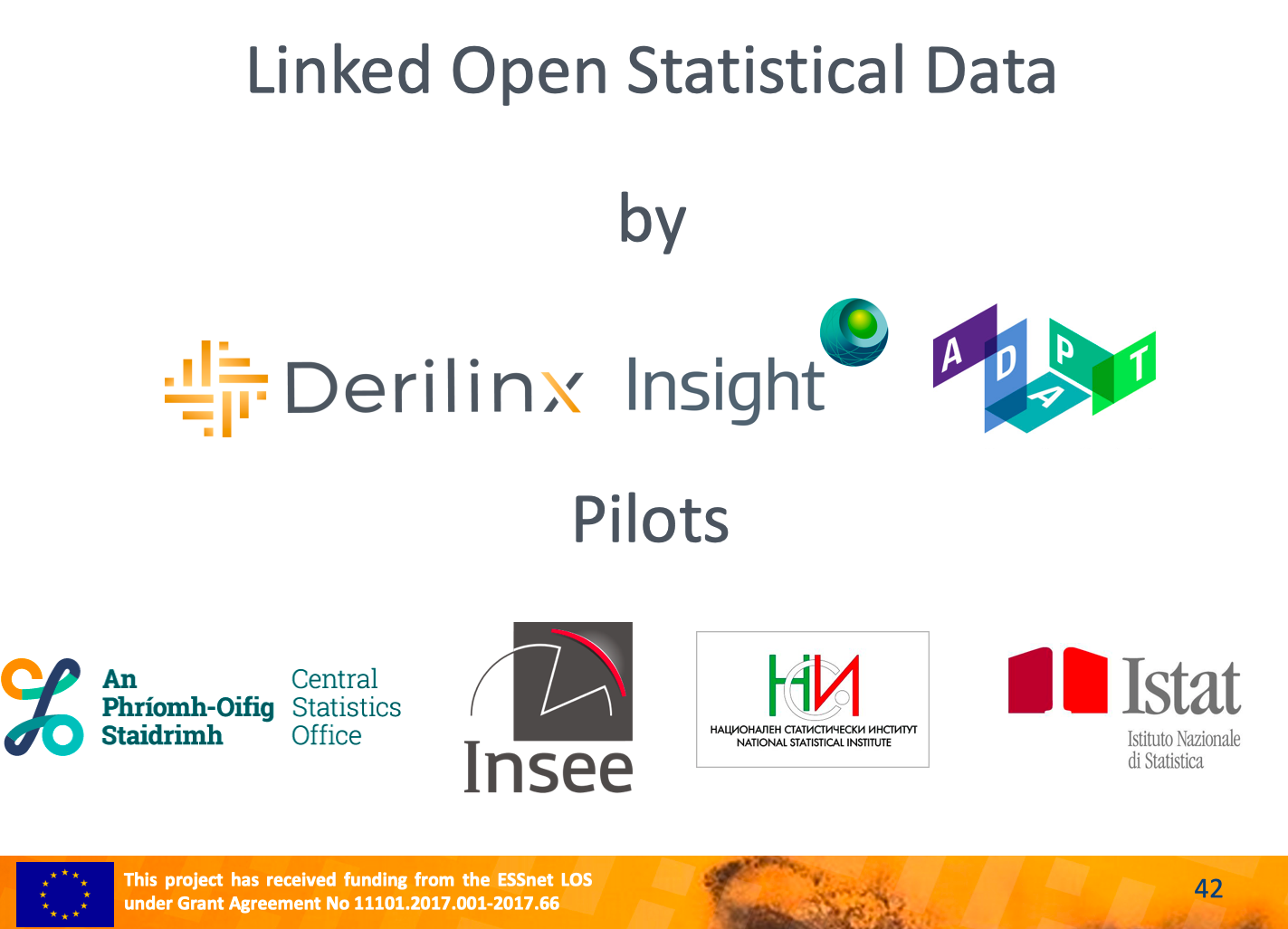 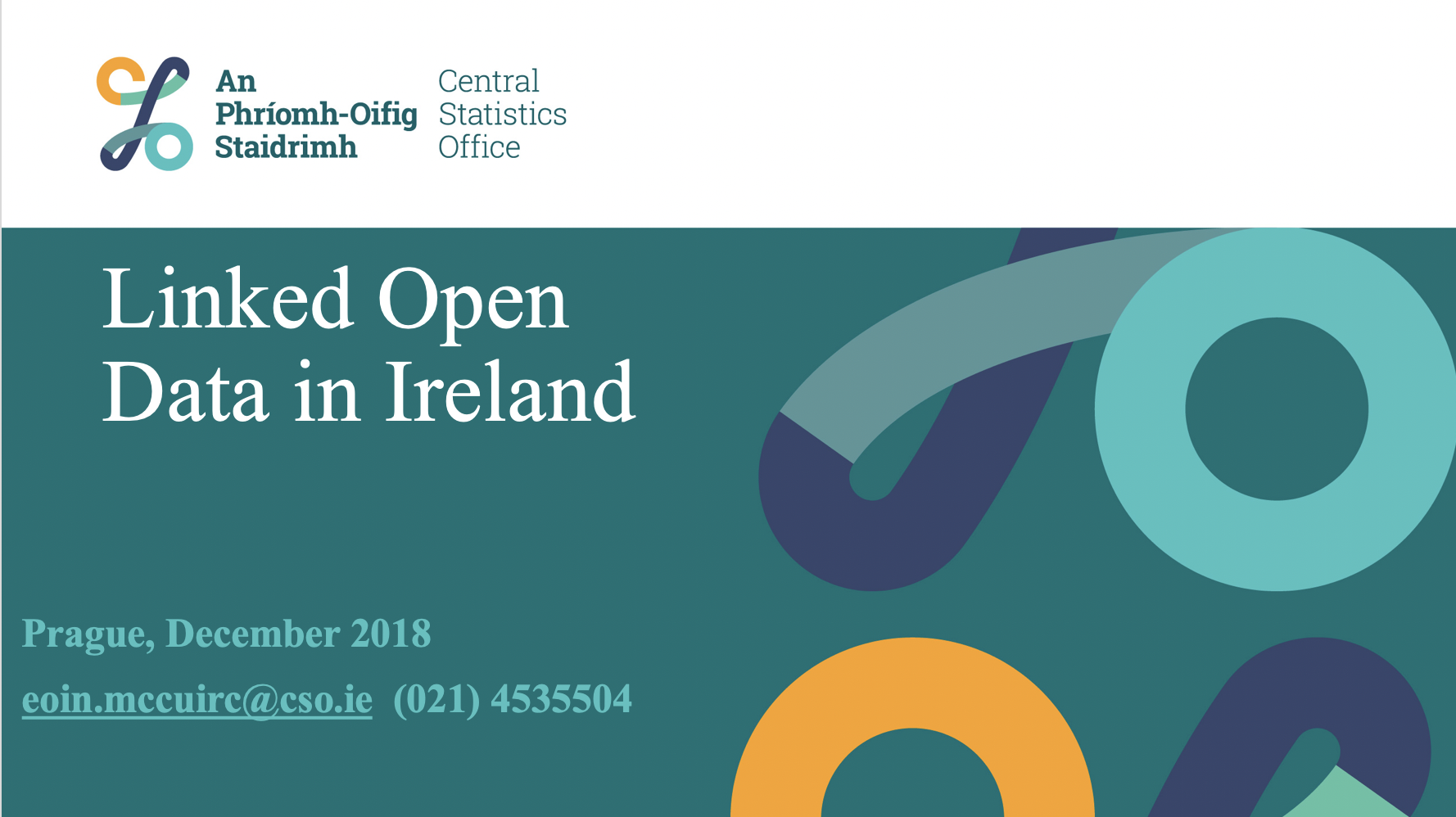 The mission of Ireland within the upcoming year is the provision of high quality information, both for evidence-based decision-making and the support accountability. 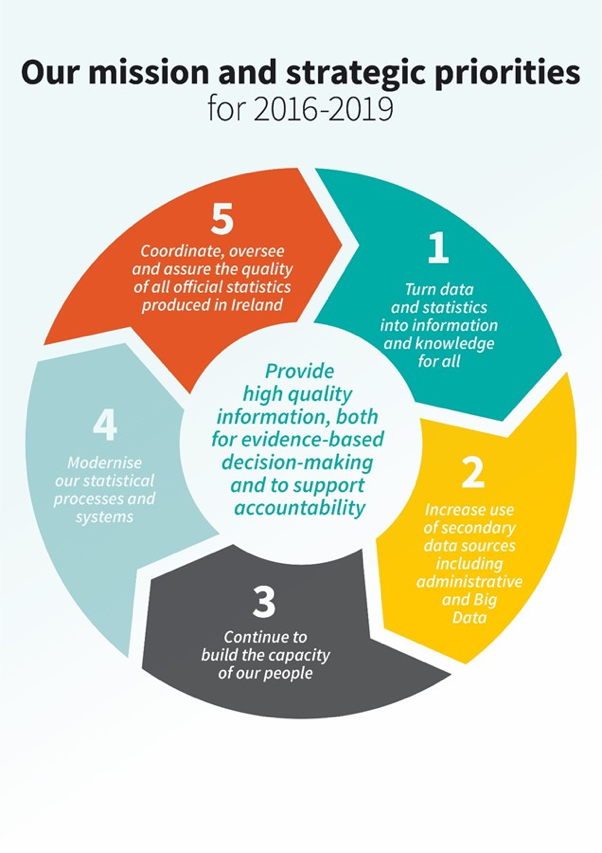 Eoin also highlights Ireland's Open Data Stategy: "This Strategy is supported by the Open Data Technical Framework and Foundation Document for the development of an Open Data Strategy published in 2015. The focus will be on data which is not personal or commercially sensitive. A key output to date of the Open Data Initiative is the national Open Data portal https//data.gov.ie which provides access to official non-personal government data in open format. The portal was originally launched in July 2014 and has been significantly enhanced since then. By end Q1 2017, the portal linked to some 4,400 datasets from 93 publishers and recent enhancements include visualisations, a ‘suggest a dataset’ function and a ‘showcase’ function where developers can showcaseapps, websites etc. created using data from the portal." and showcases how Ireland is becoming a leading example in this area by referring to the Open Data Maturity in Europe in 2018 where appears for the second year as a leading country. 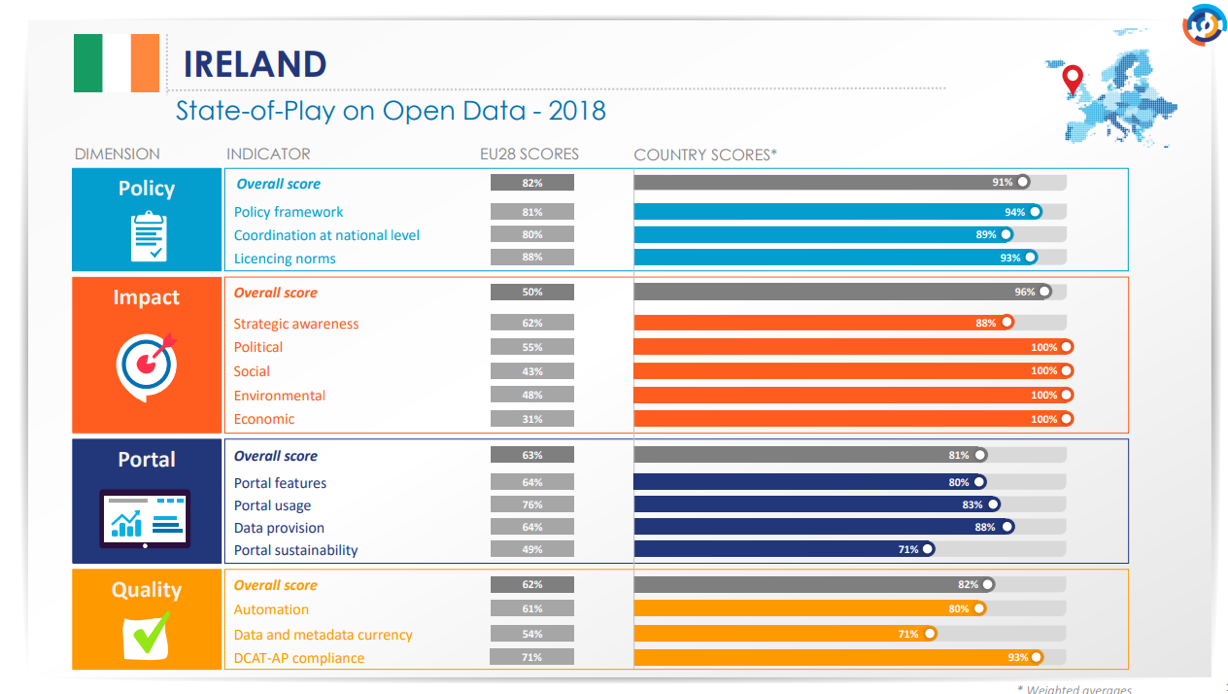 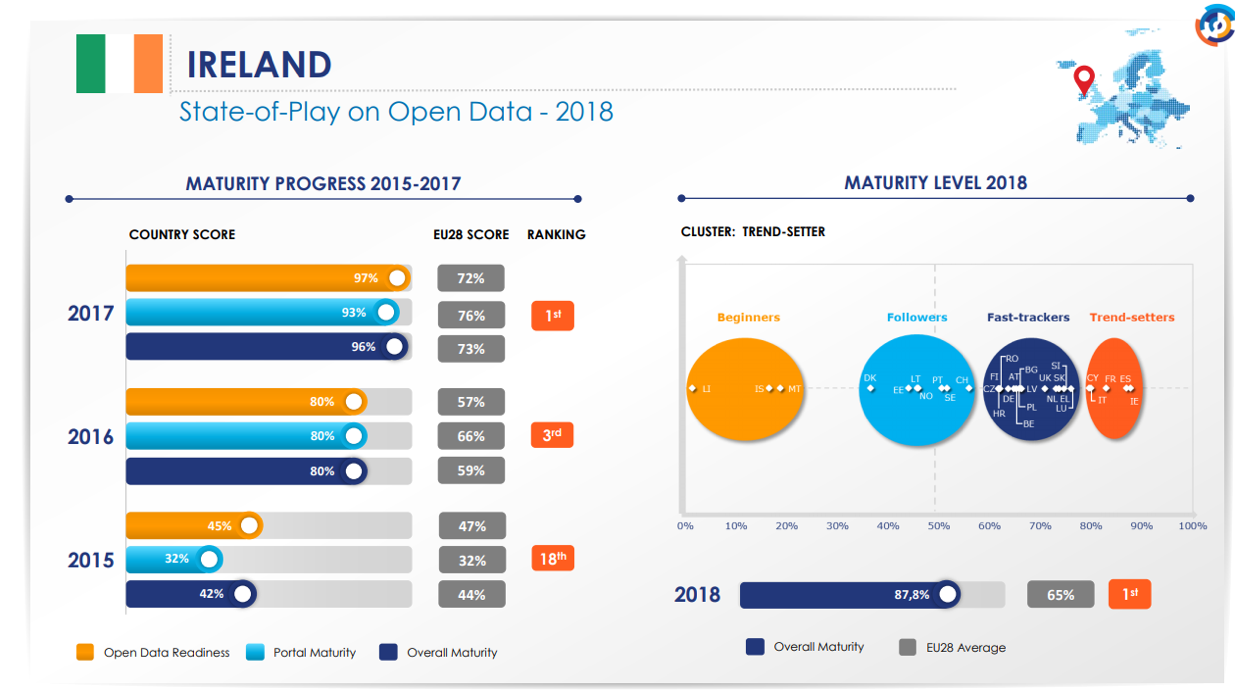 Eoin also revisted the Essnet LOD project that has been introduced earlier by Wassim. In his presentation Eoin highlighted the role of Ireland consisting of:

... with the objective of developping a global Linked Open Statistical Dataspace for linking European Statistical Data and other Open Data for driving decision-making by assiting end-users through apps and services cosuming LOD data. 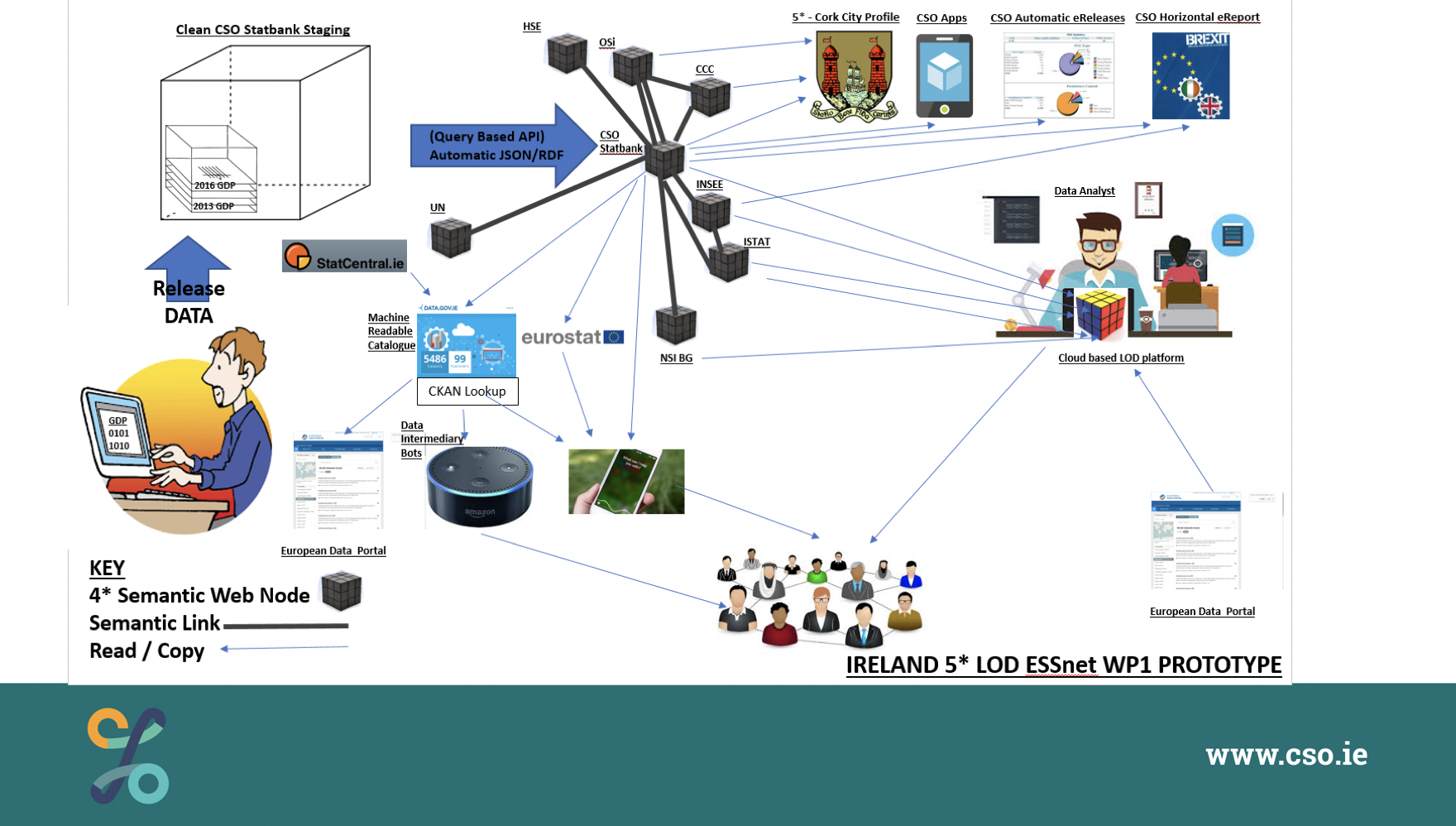 This objective is facing many challenges including data standardization, interoperability, discoverability, scalability, etc. A lot of these challenges were dicsussed and open questions are still under investigation.

Eoin and Wassim enphasied on the importance of active participation for testing, commenting, advising, etc.  of current strategy, tools, visions, etc. In this contexr, Eoin invited the audience for attending a Workshop around Linked Open Statistical Data in on 14-15 January 2019 in London, UK. 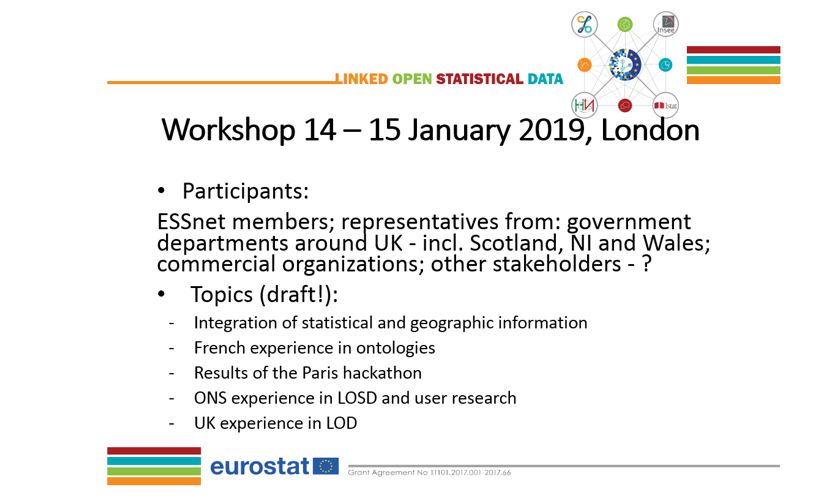 For more details and any potential collaboration, users are recommended to contact direcly Wassim and Eoin.